Donations Went Down but We Still Delivering

The war calmed down in Easter Ukraine for the past few months. People seem to be take this for granted and assume that this is the end of the war. But it’s too early to think this way. Ukrainian army faces Russia-backed Sabotage and Reconnaissance Groups every day. And every day Ukrainian soldiers get wounded or killed. Besides that, reconnaissance data confirms gathering of heavy weapons and military equipment close to the border on “LNR” and “DNR” side.

Donations went down obviously but we still deliver packages to help Ukrainian Army to protect their territory and be ready to prevent another round of aggression. With this package we delivered the following items:

Big thank you to Igor J for financial support! 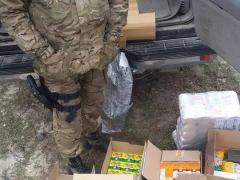 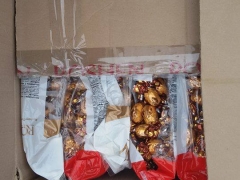 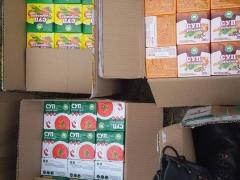 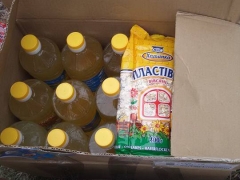 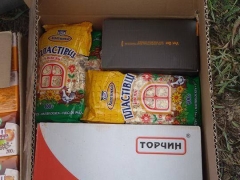 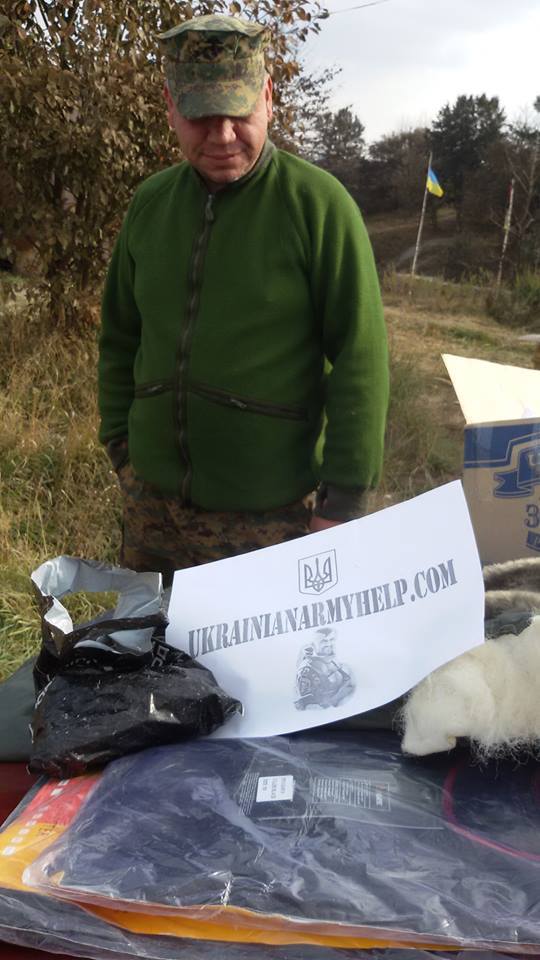 This video shows the military ground of 11th territorial defense battalion of Ukraine. Our organization is helping this battalion since December 2014. Below the video you can read its transcript.

To find out what exactly you can learn at the military training the crew of “The Sekryetnye Materialy” “Secret Footage” decided to participate in an experiment and sign up as volunteers for such training.

Here at the Marusin military ground volunteers are willing to teach anyone who would like to be useful to their country.

“Here at the Marusin military ground we teach the civilians the elementary use of arms.”

Graduates of this type of training state that several days of such practice are significantly more valuable than a month of training at the Ministry of Defense military grounds.

Today in our schedule there are lessons on the combat tactics, medical training, obstacle course, and tactical marksmanship.

Right after the formation we are not wasting any time and jump straight into learning the tactics of combat.

First we are getting instructed on change of combat positions.

“If there is an order “On the right” for example. We don’t get up, we take AK then we roll back onto our left shoulder, keeping our legs spread on the ground with the right leg on top for better stability and to avoid involuntary rocking, then we point our weapon to the right. It is important not to lift your right knee like so, as it gets exposed.”

Then we get our first combat assignment – we work as a group.

We imitate the movement of our unit.

“Captain, there is a land mine ahead”

“Roger that. Can you disable/remove it?”

“Disable/remove the land mind. The unit is waiting.”

“There is a land elevation. There might be snipers.”

“Respond with a hand grenade”

The result of the tactical medical training our reporter got to experience herself. According to the legend, she was dangerously wounded in combat. She required medical help and urgent evacuation from the battlefield.

“Everyone down on the ground. The reporter is wounded. Cover your head (talking to the wounded reporter)”

“Open the first outer compartment of the tactical backpack – get the IV.”

“Be situationally aware of the surrounding space”

“Medic, is your wounded soldier ready for evacuation?”

Instructor to the rest of the unit of trainees

“Quickly come over and check how the wounded get transported”

“I start undressing her. First you check out her ribs. Her breathing is normal. There is no shortness of breath, which means there is no pneumothorax.”

“Let’s continue. For example, we have a wound here. We ran out of saline solution. Here’s what we do.”

After the medical training newcomers get familiarized with weaponry and gun safety rules, which everyone who attended this training at least once knows.

“Treat every weapon as military grade and assume that it’s loaded.”

“Do not point the gun in any direction you are not going to shoot.”

“Finger on the trigger only at the moment of shooting.”

“Stay situationally aware of what’s in front and behind of your target.”

After the rules were learnt, we start familiarizing ourselves with AK47. First assembly and disassembly.

“Why do we learn assembly and disassembly? If some was to happen to you AK. For example, we were shooting. Click, click — nothing is happening. We check — magazine is not empty. Click, click – still nothing. We need to know what to do with it.”

Then there was the most interesting part — an obstacle course. Trenches, assault course, barbed wire, tons of ladders, manholes and hand grenade throwing. All of this requires huge strength and stamina. When there was nothing left – tactical shooting was the concluding part of the training.

“Bend your leg a little in the knee. The other one is straight. Lean the torso forward, the chest is in front of your gut and raise you weapon.”

Today our visit is coming to an end. We have gained more skills now than after some of the Armed Forces’ military grounds training.

Meanwhile the mighty state official apparatus reports that the Army is properly prepared, and the casualties are minimal.

That’s why the financing of the military is the second thought after the diversion of funds. Also, that’s the reason for poor industrial infrastructure and military training in deployed personnel, as well as a very high number of casualties.

“The training of the newly drafted soldiers are at a very low level. Naturally, it doesn’t prepare them for combat properly.”

Another package was successfully delivered. As always, we deliver only those items that are in the highest demand. The following was delivered this time:

As always we need more help. Every donation is greatly apprecieated! 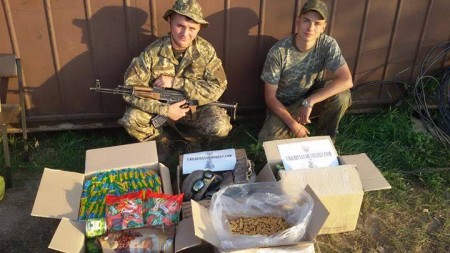 We have delivered 2 more radios to 11th territorial defense battalion of Ukraine. We need more radios though … 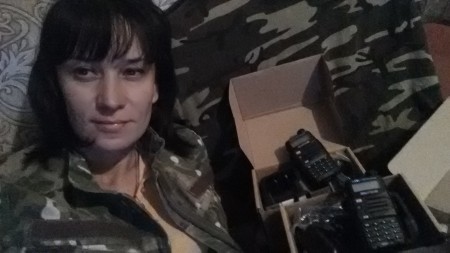 Thanks to Antoni Haapasaari, our new Polish supporter, and special thanks to Nadya S. for financing this delivery.

Also we would love to share with you the video below. This video was assembled from many small videos taken by Ukrainian soldiers during the hottest periods of the war. 80% of warriors in these videos are dead by now. 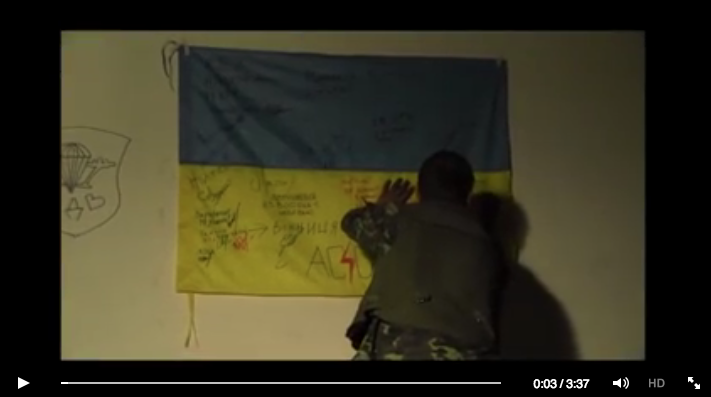 One way of how civilian people in Ukraine help their army is crafting camo netting. Camo netting is needed to camouflage Ukrainian Army positions at the conflict front. Terrorists-rebels are using pilotless planes quite often to discover the exact positions of Ukrainian Army troops and then the massive artillery strike follows. Regular people from all over Ukraine produce a huge pieces of camo netting to save lives of their heroes. We have arranged the production of camo netting in our city and delivered today 4 pieces (6 X 3 meters in size).

We have also delivered one advanced combat helmet and the following products:

Thanks for all the support we get. We need more support to continue helping Ukrainian Army, so please donate if you do care! 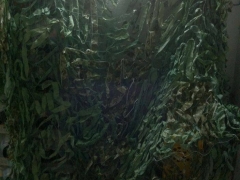 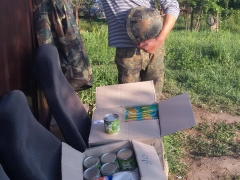 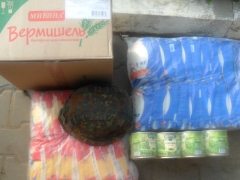 Ukrainian soldiers are in desperate need of quality radio

We contacted a head of territorial defense battalion of Ukraine and he let us know that they are in desperate need of high quality radio. We have previously delivered Baofeng UV-5R Plus radios and received very positive feedback from soldiers who used it in real conditions. Please donate as much as you can so we order more Baofeng UV-5R Plus radios.

Besides that we made another delivery to those who protect their country. The following items were delivered:

Thank you Oleh Tatuyko and Konstantin Asmalovskiy for your financial support! 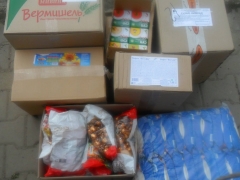 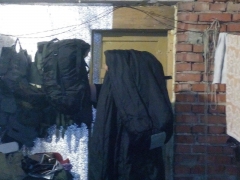 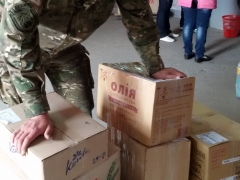 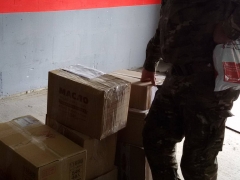 Although spring is not that cold in Ukraine this year we have delivered another package with warm clothing and supplies:

Thanks a lot for all the help! 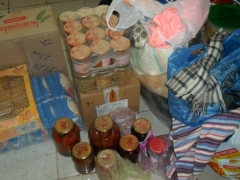 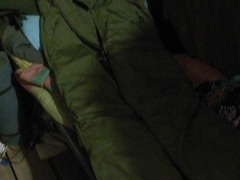 We have delivered food, warm clothing and tablet PCs to Ukrainian soldiers

The following food items were delivered to Ukrainian soldiers in Volnovakha, Eastern Ukraine:

From warm clothing we have delivered 2 sets of thermal underwear and US Military 4 Piece Modular Sleeping Bag.

Along with Denis Burchak we delivered 6 table PCs to Ukrainian gunners.

We have also delivered one jump starter for the car. 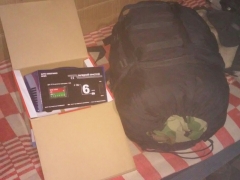 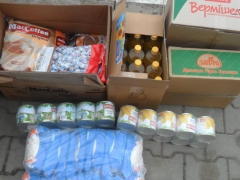 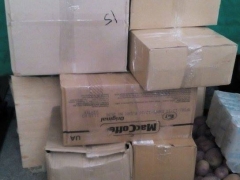 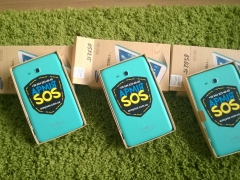 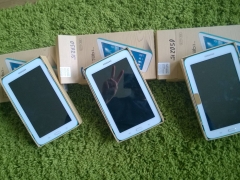 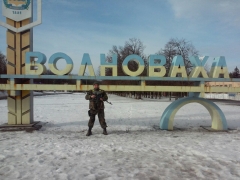 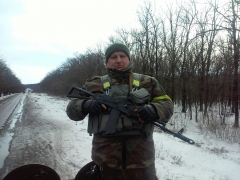 The situation in Eastern Ukraine suddenly became even worth. Intense fighting has escalated around the Donetsk Airport, Debaltseve and Mariupol. Donetsk Airport is all in ruins. A pieceful city of Mariupol has been recently shelled by terrorists using multiple rocket launching system “Grad” and “Uragan”. Ukrainian army is now engaged in direct combat with Russian troops, including more than 2,000 Russian soldiers and over 200 tanks that have crossed the border in recent days. That’s why Ukrainian Army needs your help like never before! 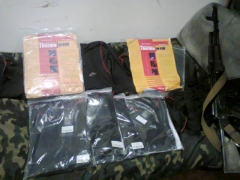 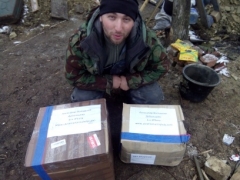 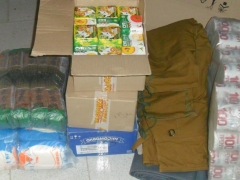 The latest package we delivered to Ukrainian soldiers includes the following:

A huge THANK YOU to all who contributed, in particular: Irina Linska, Roman Korol, Ilona Sokil, Alexandr Chervinchik and Konstantin Asmalovskiy.