The biggest package ever we delivered to Ukrainian soldiers

We would like to thank all visitors of our site, especially those who made donations. Despite thousands miles that break us apart, you’re helping Ukrainian soldiers who fight for independence of their country. 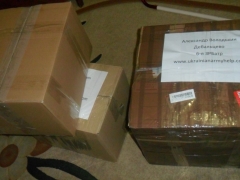 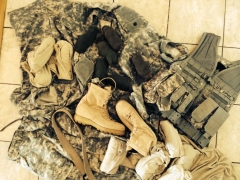 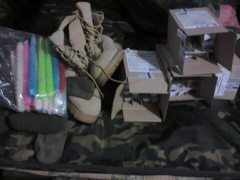 All the latest donations were spent on the following:

All of the above was delivered directly to soldiers in the hottest spots of the war zone (Debaltseve, Volnovakha, etc). It was delivered by means of our friends fighting in a war and volunteer organizations we partner with. The following persons were participating in this round of help: Oleksiy Shevchukevych, Benzar Ievgen, Irina Linska, Larisa Linska, Vladimir Volodkin, Michael Visotsky, Andriy Marcenyak, Konstantin Asmalovskiy and Yuriy Martinyuk. A special THANK YOU to all these guys!

The war is far from ending. We’ll keep working! 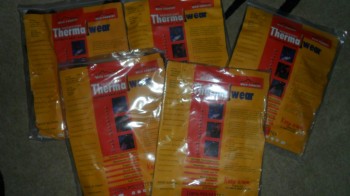 Despite the financial crisis, Ukrainian people support their army with everything needed. Ukrainian heroes are ready to fight hand-to-hand with terrorists, but they got even worse enemy which is Easter European Winter. The war zone on the East of Ukraine is all flat un-forested grassland blown through by strong frosty winds. Ukrainian soldiers at the front line have to live in a bunkers and trenches, day and night. 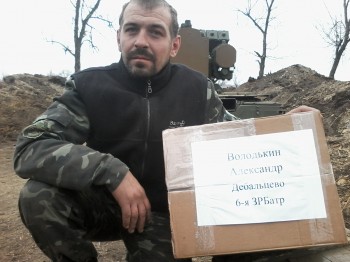 We have delivered another package to the Eastern Ukraine war zone. The package was delivered directly to our classmate Oleksandr Volodkin who then distributed it among the soldiers. The package included the following:

– 6 boxes of cosmetic vaseline. It’s being used by Ukrainian soldiers to prevent cold injuries of their faces
– 5 balaclavas – these are ski masks that protect face from cold too
– 4 pairs of woolen socks
– 10 packs of candles
– 4 packs of cold medicine
– 2 metal cups

The winter is around the corner in Ukraine. As of now the temperature drops below 32 degrees Fahrenheit and it will be getting even colder soon. The warm cloth and various heating devices are in a big demand now. We will be sending another package soon. 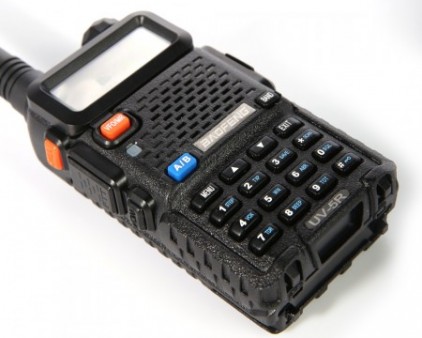 Another item that we delivered to our friend is Baofeng UV5R radio. This is compact and reliable hand held transceiver that operates within the distance of 2-3 miles. There is a big demand for such radio devices among Ukrainian soldiers.

Even in the hottest spots of the Eastern Ukraine war such as Donetsk Airport, soldiers get some low quality radio that operate within 500 meters range. Such a radio is useless in a real war situation. This is another prove of how corrupted ex-government was getting away with purchasing a low-quality gear.

The type of helmets Ukrainian soldiers get 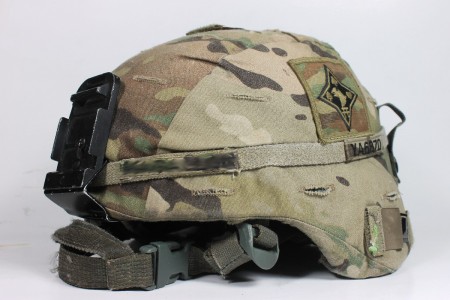 One of my classmates is serving at the war front in Eastern Ukraine since Summer this year. When soldiers get there, they start paying special attention to the armor that they receive. It can make a difference between life or death.

My classmate got a really old helmet from soviet-times made in 1952. It protects only from stones.When soldiers tested these helmets they were not surprised that AK-47 bullet breaks through both sides (they shot from the descent distance).

After making some research we found that we can buy some used US army advanced combat helmets of a good quality. You can find many of those on eBay for $150-$200. And they can legally be shipped to Ukraine. That’s what we did. My classmate’s head is much safer now!